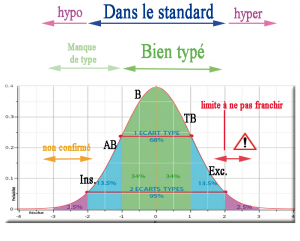 Full text of the article in its original language (French).

Hypertype in the canine species has been subject to a lot of thoughts and many publications but the novelty of this work is that it associates two complementary points of view, namely the breeder’s and judge’s and on the other hand the anatomist’s and vet’s.

If at shows, the worship of beauty, driven to exaggeration, has taken the step on fitness, one can wonder which tools would be able to avoid these phenomena that are detrimental to the well-being, indeed the soundness of the dogs produced.

The standard lever is often put forward; however, one can wonder whether it is not the interpretation of it (or sometimes the lack of meticulous reading) more than the standards themselves which is the cause of these phenomena.

The writing of the current standards, according to the FCI template, should not be able to lead to hypertypes, it is all about valuation and balance from the various players of the dog world.

Tools other than standards are clearly available to fight against hypertypes, the authors will only enounce them without developing.